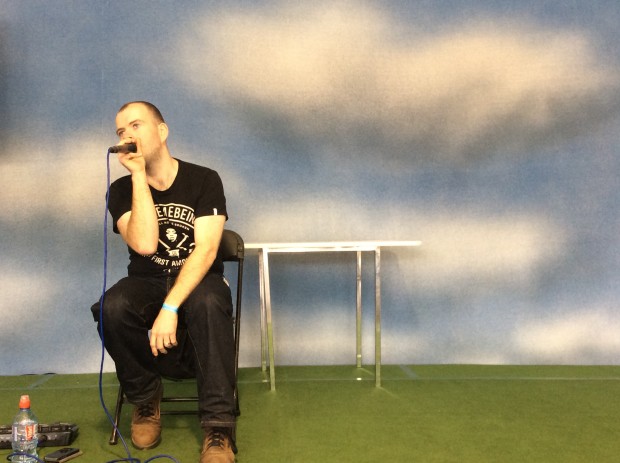 Ed Holden, or more well known as beat-boxer Mr. Phormula, amazed an audience in Maes D today with his amazing skills. While most of the people there were children, his humorous and striking skills moved the parents to be engaged in the class as well.

Mr Phormula grabbed the microphone and manipulated his voice in a mysterious way that all sounds come as if from different directions. The space instantly turned into a dynamic discotheque.

After his initial performance he then taught a number of different noises, from sounding like a helicopter to a robot, with the opportunity to try to re create each sound ourselves.

Despite the difficulty, several kids come to the stage to try out an “ng” sound without opening their mouth. It turns out only one boy masters to imitate the seemingly easy sound. 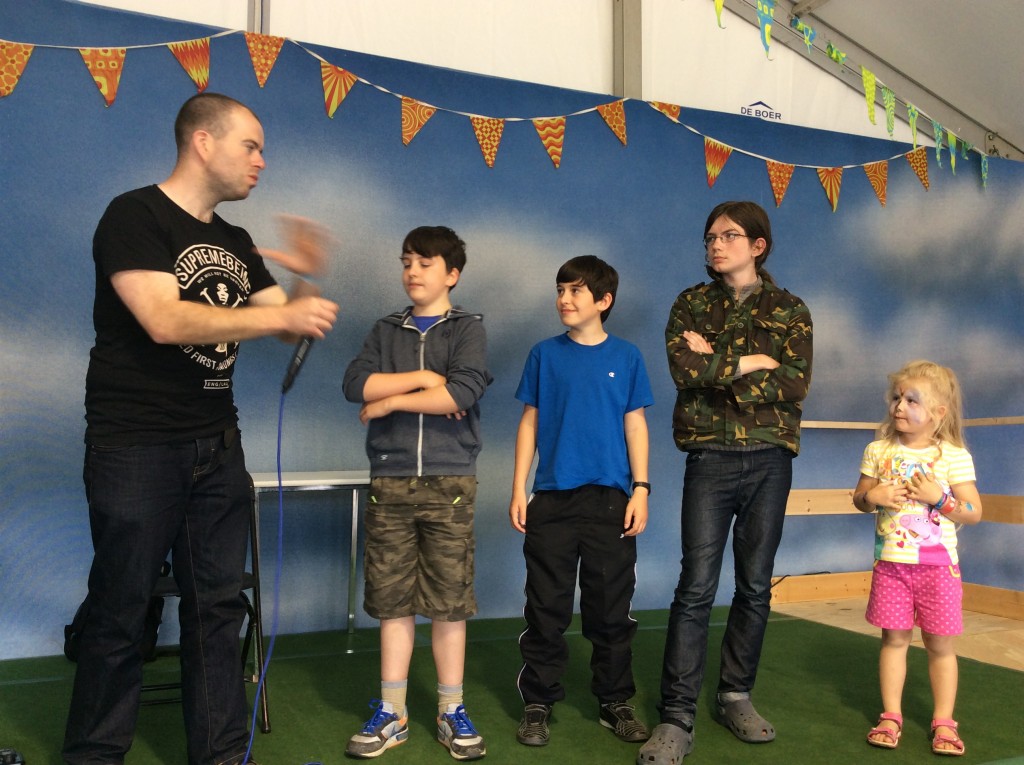 Mr Phormula ended the hour-long session with a game. He beat-boxed a number of theme tunes and the audience tried guessing the names. It was great to see that by this point more people stopped by and joined in the session and especially good to see the parents put their hands up and join the guessing game.

This session has made me realise how much effort is required to even make the simplest sound. The fact Mr Phormula makes it look so easy shows how talented he is.

Mr Phormula started the session with this performance: