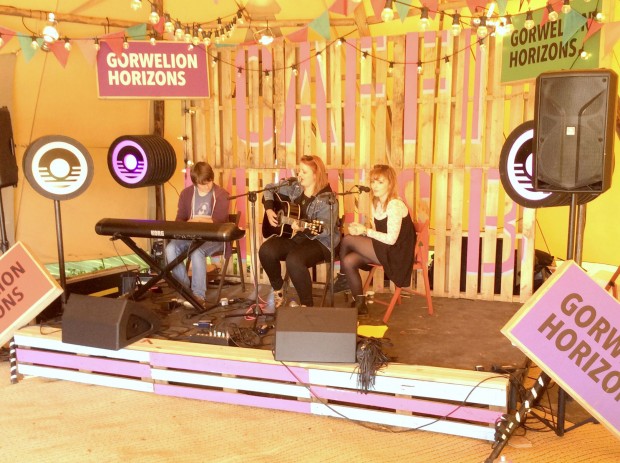 Delyth Mclean, one of the 12 Horizons artists of 2015, played her second gig on the Eisteddfod maes today in the trendy Caffi Maes B.

Horizons/Gorwelion was developed by BBC Cymru Wales, in partnership with Arts Council Wales to develop new, independent contemporary music in Wales and outside Wales. They follow 12 artists each year for 12 months. The aim of the scheme is not only to produce gigs and get the artists to perform, it also supports them so they can improve their technique, get proper recordings, and get known across Wales, and even further.

Delyth Mclean is a bilingual singer in Welsh and English from Merthyr Tydfil. Her acoustic session in Caffi Maes B this afternoon had everyone daydreaming as her mellow voice sang three songs in Welsh.