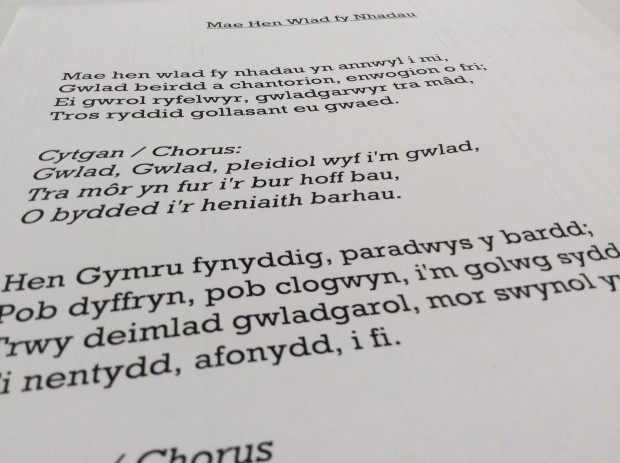 “This land of my fathers is dear to me
Land of poets and singers, and people of stature…”

As the Eisteddfod celebrates Welsh culture and language, there probably isn’t a better place to learn the Welsh anthem than at the Eisteddfod itself!

Thanks to the Centre for Learning Welsh at the Maes D tent, anyone interested had a chance to learn the Welsh national anthem called “Land of My Fathers”.

Children, and older visitors, gathered with other eager participants and learned the anthem through the game of musical chairs and the Chinese whispers game. 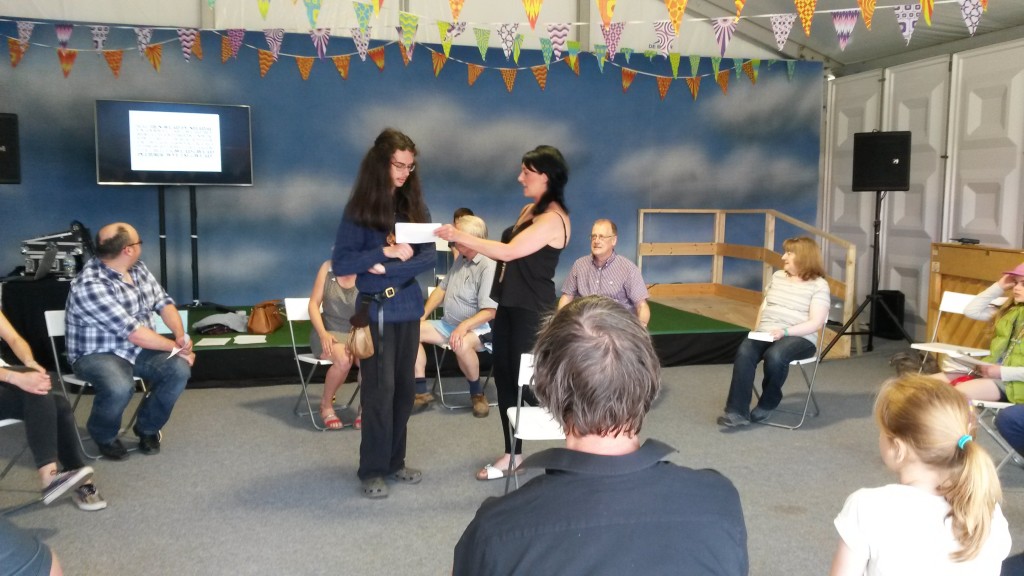 The game of musical chairs

After the games had finished, the smiling participants gathered to sing the song in full voice. Among the participants there were a few strong Welsh voices, which made all the singing ever more pleasant.

Everyone in the end took home a written copy with the lyrics of the anthem as a nice memory.

The last line of the anthem says: “O may the old language endure.”

With so many passionate Welsh speakers and singers of “Land of My Father”, there is every reason to believe that the old language will indeed endure.